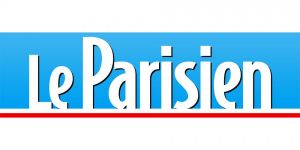 Since 2013, the passage of the TGV Barcelona-Paris in the city has allowed to multiply the number of Spanish tourists in the region. Below, Maria Angeles and her son Jaime came from Alicante to discover Les Grands Buffets.

Stage of the TGV Barcelona-Paris, the city has seen its frequentation by the Iberian tourists explode. Attracted by heritage and gastronomy, they come for short stays.

Since Holy Week last month, Narbonne (Aude) lives at the rate of the Spanish tourists, whose attendance took off with the arrival at the station TGV Barcelona-Paris, in December 2013. The line served as a catalyst for short stays At two hours and five minutes from the Spanish railway station of Sants. And Narbonne has become the fourth destination of the vast Franco-Spanish TGV network (Barcelona, ​​Montpellier, Toulouse, Paris), in front of cities like Lyon or Marseille.

"The international channel of our network is the one that has stood the best and even increased slightly in 2016, a difficult year for tourism in France," explains Yann Monod, director of France-Spain. That's 850,000 trips out of a total of 1.9 million. Narbonne is an impressive surprise destination! Some 90 000 people pushed the door of the city's tourist office in 2016 (+ 85%) and some visits are now made in Spanish or Catalan.

On the banks of the Robine Canal, Jordi and Marta savor the moment in the sun. "It was not thought that an average city like Narbonne could be so charming," they admit after visiting the Cathedral Saint-Just and before their meal at Les Grands Buffets.

The restaurateurs also want to attract the Madrid

Indeed, at the end of the TGV, there is the first "conservatory" of the French kitchen (300,000 covers).

"We came to Narbonne especially for the Grand Buffets. We love gastronomy and we have curiosity. That's, how to say ... fantastic! "Exclaimed Maria Angeles, a professor with José, her husband, who goes from buffets to surprises, and little Jaime, 9, who jumps on the spot and discovers the hallucinating offer of desserts. They came from Alicante on purpose.

A little further on, Antonio and Anna from Barcelona, ​​accustomed to all the great tables, came to check whether it was the biggest restaurant in the world: "The answer is no, because we have the brothers Roca and El Bulli, But the best buffet? Certainly ! It is tasty and very well prepared! "Exclaimed Antonio.

"Consider that in 2014, Spanish customers in our country, it was a misery, 233 covers, 0.11% of attendance," says Louis Privat, founder of the Buffets and initiator of the Spanish tourism industry. In 2016, we welcomed nearly 7,000 of them, and we will perhaps double this year. We will even extend our communication actions to Madrid, for longer stays that will also make hotel nights. "